10 Highest Antioxidant Foods in the World

We’ve all been lectured on foods that are good for our hearts, minds, and stomachs, but how much do you know about antioxidant-rich foods? Antioxidants occur naturally in many foods and drinks and are great at preventing damage caused by free-radicals (oxidants). Your body needs free-radicals, but not too many. Think of antioxidants as a regulator of sorts. Antioxidants are also good for skin care as well. The Boots No 7 skincare reviews you’ve read are probably accurate but combine that with a daily dose of antioxidants and you just might have the complexion of a Greek goddess.

The antioxidant values of foods listed are expressed in ORAC (Oxygen Radical Absorbance Capacity) units, a unit of measurement for antioxidants developed by the National Institute on Aging in the National Institutes of Health (NIH). How ORAC got started was by a group of individuals with an interest in antioxidants and health who have put together information which is backed by peer-reviewed scientific publications.

The ORAC values listed are based on the laboratory measure of ORAC, expressed in micromoles of Trolox Equivalents per 100 grams of sample. This is important to consider when comparing something like a ground spice to say, a raw fruit. 100 grams of ground spice is likely to be much denser inorganic compounds, and therefore have a higher ORAC value than 100 grams of a raw fruit, which would be made up of mostly water weight.

However, you would find it difficult and possibly dangerous to ingest large quantities of spices, so it makes sense to eat a wide variety of antioxidant-rich foods – not just the ones at the top of the list.

Sumac is a high-tannin variety of sorghum. Sorghum is a genus of numerous species of grasses, one of which is raised for grain and many of which are used as fodder plants either cultivated or as part of pasture. The plants are cultivated in warmer climates worldwide. Species are native to tropical and subtropical regions of all continents in addition to the southwest Pacific and Australasia.

Cloves are the aromatic dried flower buds of a tree in the family Myrtaceae. Cloves are native to the Maluku islands in Indonesia and used as a spice in cuisines all over the world. Cloves are harvested primarily in Indonesia, India, Madagascar, Zanzibar, Pakistan, and Sri Lanka.

Eugenol comprises 72-90% of the essential oil extracted from cloves and is the compound most responsible for the cloves’ aroma. Other important essential oil constituents of clove oil include acetyl eugenol, beta-caryophyllene, and vanillin, crategolic acid, tannins such as bicornin, gallotannic acid, methyl salicylate (painkiller), the flavonoids eugenin, kaempferol, rhamnetin, and many others.

The antioxidant value of Acai, fruit pulp/skin, powder described in ORAC units is:
102,700 μ mol TE/100g.
The acai berry is the fruit of the acai palm, native to tropical Central and South America. Freeze-dried acai powder was found to have antioxidant activity in vitro against superoxide and peroxyl radicals, and mild activity for peroxynitrite and hydroxyl radicals. The powder was reported to inhibit hydrogen peroxide-induced oxidation in neutrophils, and to have a slight stimulatory effect on the reactive radical, nitric oxide.

The anthocyanins of fruit likely have relevance to antioxidant capacity only in the plant’s natural defensive mechanisms and in vitro.

The Linus Pauling Institute and European Food Safety Authority state that dietary anthocyanins and other flavonoids have little or no direct antioxidant food value following digestion. Unlike controlled test tube conditions, the fate of anthocyanins in vivo shows they are poorly conserved (less than 5%), with most of what is absorbed existing as chemically modified metabolites destined for rapid excretion. 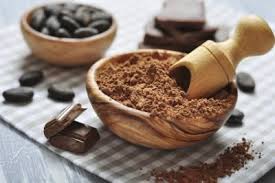 The antioxidant value of Cocoa, dry powder, unsweetened described in ORAC units is: 55,653 μ mol TE/100g.
Cocoa solids are the low-fat component of chocolate. When sold as an end product, it may also be called cocoa powder, cocoa, and cacao. Dark chocolate compared has only 20,816.

Flavanols are one of six compounds further classified as flavonoids. Flavanols, which are also found in fruits and vegetables, are linked to certain health benefits linked to coronary heart disease and stroke.

The topic of how flavanols benefit cardiovascular health is still under debate. It has been suggested that the flavanols may take part in mechanisms such as nitric oxide and antioxidant, anti-inflammatory, and antiplatelet effects. Benefiting these mechanisms may improve endothelial function, lipid levels, blood pressure and insulin resistance. 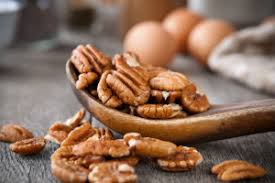 The antioxidant value of pecans described in ORAC units is:
17,940 μ mol TE/100g.
Pecans are a good source of protein and unsaturated fats. Like walnuts (which pecans resemble), pecans are rich in omega-6 fatty acids, although pecans contain about half as much omega-6 as walnuts. When omega-6 ’s are a higher ratio than omega-3’s, it is not the optimum ratio of each fatty acid to be in to achieve the most effective mode of action within the body.

A diet rich in seeds can lower the risk of gallstones in women. The antioxidants and plant sterols found in pecans reduce high cholesterol by reducing the “bad” LDL cholesterol levels.


Clinical research published in the Journal of Nutrition (September 2001) found that eating about a handful of pecans each day may help lower cholesterol levels similar to what is often seen with cholesterol-lowering medications. 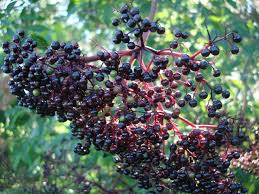 Black elderberry has been used medicinally for hundreds of years.Some preliminary studies demonstrate that elderberry may have a measurable effect in treating the flu, alleviating allergies, and boosting overall respiratory health.


Elder is used in Traditional Chinese Medicine, dissolved in wine, for rheumatism and traumatic injury.

Blueberries have a diverse range of micronutrients, with moderate levels (relative to respective Dietary Reference Intakes) of the essential dietary mineral manganese, vitamin C, vitamin K and dietary fiber (table).[24] One serving provides a relatively low glycemic load score of 4 out of 100 per day.

Blueberries contain anthocyanins, other pigments, and various phytochemicals, which are under preliminary research for their potential role in reducing risks of diseases such as inflammation and cancer. Similar to red grape, blueberries may contain resveratrol. 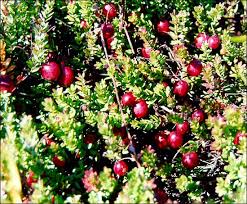 Raw cranberries are a source of polyphenol antioxidants, phytochemicals under active research for possible benefits to the cardiovascular system and immune system, and as anti-cancer agents, such as in isolated prostate cancer cells. In addition, it is uncertain whether polyphenols and flavonoids account for the benefits of diets rich in plant-derived foods. 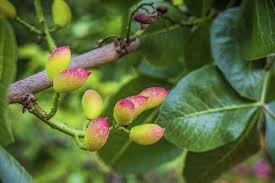 
Consuming unsalted, dry-roasted pistachios prevents any addition of unwanted fats and additional sodium in the diet that may affect cardiac health adversely and increase hypertension.

Human studies have shown that 32–63 grams per day of pistachio seeds can significantly elevate plasma levels of lutein, alpha-carotene, beta-carotene, and gamma-tocopherol. 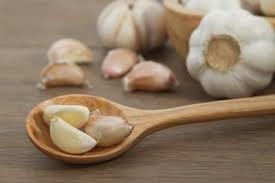 Did you enjoy this article? If so, share it. ❤️

Owner & Publisher at Natural Revolution
Steven Peters has been a health advocate for more than a decade and proponent for alternative healing by ‘Empowering Natural Living’ through homeopathic approaches. He is also an activist for social justice and environmental causes in the GMO Labeling and Non-GMO grassroots movements across the country, and a staunch advocate for cannabis education and reform.

Disclaimer: The entire contents of this website are based upon the opinions of the authors, publisher, and contributors, unless otherwise noted, who retains copyright as marked. The information on this website is not intended to replace a one-on-one relationship with a qualified health care professional and is not intended as medical advice. Natural Revolution and its publishers and administrators encourage you to make your own health care decisions based on your research and in partnership with a qualified healthcare professional. If you are pregnant, nursing, taking medication, or have a medical condition, consult your healthcare professional prior to using any product based on this content.
Fair Use Notice | Privacy Policy | Terms of Service | Affiliate Disclosure
© 2019 Natural Revolution. All Rights Reserved.
Scroll Up